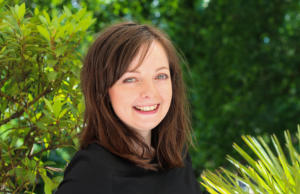 I grew up in a part of the country dubbed a 'social mobility blackspot' by our government. I went to various comprehensives, all with a culture of low expectation, which I took full advantage of by achieving poor A-Levels (Bs, Ds and Es). I don't remember receiving much in terms of careers advice except, on one occasion, we were invited to complete a questionnaire to narrow down our ideal job. Somehow, I got telegraph pole maintenance person. I remember we noticed that none of us were given suggested jobs that required going to university.

Armed with this insight, I decided to do an English degree at Queen Mary University in London. Following that, I worked a series of dull jobs, such as insurance company call centre operative and, for one year, processing complaints about delayed trains for 12 hours a night, five days a week (I needed the extra funds for my MA at Birkbeck University).

I didn't decide I wanted to become a barrister until I was in my mid-twenties. This decision came out of the blue and I wasn't entirely sure what a barrister was when I nevertheless committed to dedicating however long it took to becoming one. But, by that time, I knew I wanted to do a job that was intellectually challenging, genuinely interesting, and which meant I could really impact positively on people's lives. Specifically, I wanted to stand up in court and represent people.

Did you face any obstacles along your journey to becoming a barrister and how did you overcome them?

The two initial obstacles were money, or the lack of it, and the fact that I did not feel that I met even the basic requirements for succeeding in gaining pupillage: I did not have a stellar academic record, I lacked polish and confidence, I had no relevant experience, and no connection with the legal world whatsoever.

I applied two years running for an Inns Scholarship but failed on both occasions: I was so overwhelmed and intimidated by the surroundings and the firm belief that I was an ignorant outsider that I was almost struck dumb in the interviews. In between attempts, I worked concurrent jobs. The rest of the cost of the BPTC was met through bank loans, a hardship grant and, terrifyingly, my mum and step-dad re-mortgaging their house.

As for the poor academics, and the lack of experience, I took every opportunity available to improve my CV. That said, there was not much on offer at the university at which I studied the GDL (at UEA). It was very much geared towards aspiring solicitors and any requests for guidance on becoming a barrister were met with active discouragement. When I got to the BPTC, in London, it was a different story: pro-bono opportunities seemed to fall into your lap! I worked as hard as I could and earned an award for my efforts. Post-BPTC, I was lucky enough to be offered a Kalisher Trust scholarship for an internship at JUSTICE, which I think really made the difference.

I have met so many people along my journey who have helped, supported and encouraged me beyond anything I would have dared to expect when I first started out. My personal tutor on the BPTC very kindly put me forward for a law-related job after the BPTC, allowing me to gain relevant experience whilst earning money. The Kalisher Trust paid for me to spend four months at JUSTICE, by far the best thing I did pre-pupillage in terms of both experience and improving my chances at gaining pupillage in the first place. I am forever indebted to the amazing Kalisher Trust and in particular to Max Hill, who interviewed me for the internship and then stayed in touch, offering support throughout the pupillage application process and beyond. JUSTICE gave me a job (actually, two jobs) after my internship and a year and a half of interesting work, exposure to the legal world, and inspiring and supportive colleagues.

Doing what I feel is good job followed by a good result that really makes a difference to my client. I think I will always find it incredibly gratifying to feel as though I am being listened to, and that what I say is an integral part of the process. I enjoy (in a sort of half-terrified way) the sense of responsibility. You do not get that experience in most other jobs. Something I hadn't thought about beforehand, but now count as a major plus, is how collegiate the Bar is.

Life at the Bar has exceeded my expectations in many ways, and I feel I was largely prepared for the downsides - long hours, often poor pay (but occasionally great pay, which evens things out for now), last-minute instructions.

I try to take every opportunity to support non-traditional applicants to the Bar - including being on panels at universities, giving talks at schools on becoming a barrister, and acting as a mentor at the Citizenship Foundation Bar Mock Trial Competition. I think it is quite hard to get through to students for whom being a barrister is a truly alien concept via some of the established programmes, because I think they tend to be used by schools who generally nurture their students and encourage them to be socially mobile. I think it's important to try to reach out to students, to ensure that everyone who has the potential and desire to be a barrister, gets as much of a chance to do so as possible.

For those from non-traditional backgrounds, I think the biggest initial challenge is self-imposed limitations, reflected by (or is it imposed by, after all) the environments we live in - educational establishments which impose a ceiling on our ambitions, family and social connections for whom barristers and other professionals are a different breed of person altogether. Anyone who has learnt about themselves in that sort of environment has a real challenge in pitting themselves against (seemingly) uber-confident pupillage applicants from more privileged backgrounds. Constantly fighting 'imposter syndrome' can be exhausting and can dull feelings of success which should be a reward for even small achievements. Obviously, there are also enormous financial hurdles, and access to CV-enhancing opportunities is unevenly spread throughout the country.

Try not to be intimidated by the alien culture (it gets less alien as you go along) and find a way to cultivate the confidence that your privately/grammar-school/good state school-educated peers have been taught to embody from childhood. Easier said than done. I think the secret is to recognise that there is no 'one way' to conduct yourself as a barrister, and to recognise your own worth. Do not relegate your experiences to second-class status. When you apply for pupillage, turn negative experiences into positives, demonstrating your advocacy skills in the process! I was once told that the best thing about my successful pupillage application was my 'extenuating circumstances' box. Once the crushing indignation had passed, I realised it was because I had taken an otherwise negative aspect of my application (poor exam results and the circumstances surrounding them) and cast it in a new, positive light (knowing what failure feels like and being able to recover from it - a good quality in a trial advocate), turning it into more of an advantage than a disadvantage.