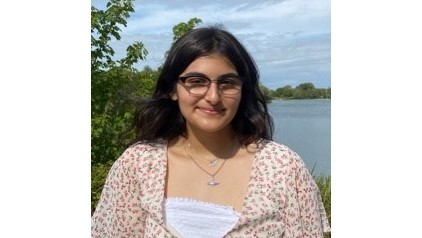 Eshal Waseem completed the Bar Placement Scheme with Brick Court Chambers in London. Her blog has been chosen as the winner in the 'South' category.

Nervous. This is how I would describe myself on the first day of the placement. I expected that the moment I entered the chambers, I would be interrogated on every ounce of legal knowledge I knew by intimidating barristers in wigs and robes. This was far from the case.

From the off-set, I received a warm welcome which settled my nerves. All the barristers’ willingness to introduce themselves and speak to me enabled me to gain an awareness of their day-to-day tasks. Many of my previous misconceptions were resolved as I realised that despite being self-employed, barristers did not work in isolation.

Realistically, in larger cases they could be working with up to 30 barristers. Through speaking to the barristers, I was able to understand the meaning of numerous legal jargon, such as the cab-rank rule; a term which was emphasised time and time again illustrating the integrity in the profession as barristers must accept all cases offered to them in their area of expertise

Competition law, arbitration, human rights law: terms that were unknown. Now they spark an interest as I understand what they entail. Throughout the week, I gained a deep insight into the legal field. Attending court allowed me to put into perspective the influence of a barrister’s work as their advocacy can significantly impact people’s lives. I attended court with a barrister from the chambers for a United Trade Action Group v Transport for London case, experiencing a barrister’s advocacy fuelled my passion for a legal career. Although it was not a criminal case, I could feel the pressure boil in the courtroom as the barrister was heavily questioned by the three judges on the Court of Appeal.

The most valuable aspect of the placement was the opportunity I received to meet such inspiring people. All the barristers were friendly and happy to give advice. Meeting such successful women, especially a Muslim woman, motivated me to pursue a career at the Bar in the future. Prior I had my apprehensions about the Bar due to it typically lacking ethnic diversity and representation. However, I was reassured that this was changing and that it will continue to change if I, and other women from minorities, join the frontlines on this change.

Whilst shadowing one of the barristers at the chambers, I looked at a current case that they were working on about the decision to send asylum seekers to Rwanda. This case provoked my interest as it illustrated the interaction of international law, through international treaties, and domestic English law, which has legislation based on the international law. Whilst looking at the case, I had to critically think of reasonings for a certain argument and read court judgments, something I have never done before. This allowed me to experience a fraction of the work that barristers do daily, which I thoroughly enjoyed.

The past week, I forced myself out of my comfort zone into a completely foreign world to explore. I would not have perceived myself as a highly confident person, but the placement has changed that drastically. I have been forced to enter a new environment and interact with highly knowledgeable strangers, which can be very intimidating. Stepping up to the challenge has provided me with new skills and knowledge. Even the commute into London from my small hometown outside of London has provided me with new experiences. This signifies the importance of in-person work experience opportunities in providing real-world experiences and the ability to learn from new people.

My experience this week has solidified my future decisions for the time-being as I am now more certain on studying law at university and entering a legal career. This placement has been eye-opening as I have been exposed to areas of the law that I had previously never even heard of. Looking at the Rwanda case has encouraged me to do further research on human rights laws and to base my Extended Project Qualification around it. Exhilaration is now how I would describe my emotions towards the legal industry after this placement.