Blog: Sanctions, the rule of law and the cab rank rule 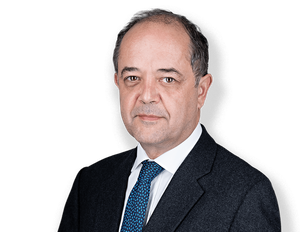 By Nick Vineall QC, Vice Chair of the Bar Council

The war in Ukraine serves as a reminder to all of us that the liberal values which underpin the democracies of Western Europe are not universally subscribed to. The invasion of Ukraine by Russia has been rightly condemned as being not only barbaric in its execution but wholly unjustified and unjustifiable as a matter of international law. We have responded to it personally as best we can. I suspect many of us will have been heartened to hear government representatives express their criticisms by reference to breaches of international law. Heartened because criticising Russia for its breaches of international law surely suggests that in other contentious areas of policy the government could not think it proper to breach its own obligations under international law.

Sanctions against Russia and Russians

Over 100 individuals, described as oligarchs, their family members, and associates, have been sanctioned under the Sanctions and Money Laundering Act 2018 since February this year. The sums of money involved are eye watering. On 14 April, for instance, the Foreign Secretary Liz Truss announced that the UK had sanctioned Eugene Tenenbaum and David Davidovich, longstanding business associates of Roman Abramovich, freezing assets estimated to be worth up to £10 billion, and saying that those measures, combined with others announced to date, cut key revenue sources for Putin’s war machine.

The effect of an asset freeze is to prevent any UK citizen, or business, from dealing with any funds or economic resources which are owned, held or controlled by the designated person. UK financial sanctions apply to all persons within the territory of the UK and to all UK persons, wherever they are in the world. They also prevent funds or economic resources being provided to, or for the benefit of, the designated person. Providing legal advice does not constitute providing economic resources. The upshot is that barristers cannot act for sanctioned individuals or entities unless either (a) you are not paid or (b) a licence is in place to permit you to do so.

As barristers, we must all comply with sanctions because they are part of the law to which we are subject. You can find information on the Bar Council’s website.

Amongst those values – and perhaps at the top of many lawyers’ lists of fundamentally important values – are those which we group together under the title “the rule of law”.

The Rule of Law

Lord Bingham in his truly magical book “The Rule of Law” describes the core of it like this:

“All persons and authorities within the state, whether public or private, should be bound by and entitled to the benefit of laws publicly made, taking effect (generally) in the future and publicly administered in the courts.”

And he goes on to develop that in eight suggested principles including (4) the principle that ministers exercising powers granted to them must exercise them in good faith fairly, for the purpose for which they were conferred, without exceeding the limits of such powers, and not unreasonably; and (7) the right to a fair trial.

Lord Sumption in his Reith lectures identified three main strands to the rule of law. Firstly, public authorities have no power to coerce us, other than what the law gives them. Secondly, people must have a minimum of basic legal rights (and he discusses what those might be) and lastly, there must be access to independent judges to vindicate these rights, administer the criminal law, and enforce the limits of state power.

Although the modest differences in formulation and emphasis are interesting – perhaps even revealing – much more important than the differences is the overwhelming extent of agreement: there is such a thing as the rule of law, it is fundamentally important, it provides rights to individuals whether or not we approve of them (or anyone else approves of them, for that matter), and those rights include the right to fair trial, and – perhaps most pertinently for present purposes – a right to challenge the lawfulness of coercive measures imposed by the state.

The rule of law should permit individuals sanctioned in the UK access to legal advice and representation to advise them as to whether the sanctions imposed on them are lawful, and to assist them in mounting a challenge if they are not lawful. The idea that in some cases sanctions might be unlawful is plainly not a fanciful proposition – there is authority at Supreme Court level confirming that the government has in the past acted irrationally and unlawfully in imposing sanctions. Nobody is perfect.

Providing a licence has been obtained, barristers may, for reward act for sanctioned individuals, but because of the cab rank rule it may well be our professional obligation to do so.

The cab rank rule applies to all barristers in England and Wales.

The cab rank rule (or less memorably rules C29 to C30 of the code of conduct) obliges self-employed barristers instructed by a professional client, subject to some limited exceptions (including that it does not apply to foreign work), to accept instructions which they are competent to take – and this is the critical bit –  irrespective of the identity of the client, the nature of the case, and/or any belief or opinion which the barrister may have formed as to the character, reputation, cause, conduct, guilt or innocence of the client.

This means that, not only is it open to barristers to advise and/or represent sanctioned Russians if a licence so permits, but we are professionally obliged to do so if the cab rank rule is engaged.  It seems to me that we are much more likely to achieve the rule of law if we continue to adhere to the cab rank rule, and it continues to be taken seriously and complied by within our profession.

Independence of the Bar

There have been recent and regrettable examples of lawyers being criticised for taking on particular causes. It is wrong to associate lawyers with their clients or with their client’s causes. This is recognised in the United Nations’ Basic Principles on the Role of Lawyers adopted by the UN in 1990.  Article 18 says “Lawyers shall not be identified with their clients or their clients' causes as a result of discharging their functions”. That is why it is wrong for anyone – however important they might consider themselves to be – to describe lawyers as “lefty human rights lawyers” or “activist lawyers” or “liberal lawyers” on the basis of the causes they are advocating on behalf of clients. It is worth remembering that some of us sometimes take on cases where we strongly disapprove of our client’s position.

But I also want to offer a note of caution about the way in which we, as advocates, respond sometimes when our clients – whose causes we do approve of – win their cases. There is no better feeling than that – perhaps you have been acting for the underdog, for the obviously wronged but oppressed party, for the person who was fitted up by the police, or for the person who has successfully challenged some form of executive action or government policy of which you strongly disapprove. It can be very tempting to say – out of court – something positive, something supportive. But by doing so we risk being associated with, or identified with, our client – not by virtue of discharging our function – but by virtue of deciding to make a value judgment on the case.

When I started at the Bar, it used to be – broadly speaking – misconduct to make any comment on a case in which you were instructed.  I don’t advocate returning to such a rule, but I do think that commenting on cases and their outcomes is often highly undesirable. You can find lots of reasons why that is so in the Ethics Committee guidance but let me identify two. First, it makes life more difficult for colleagues who are advocating for causes which they do not approve of. For example, someone might say “Barrister X has just won his case for Y. Why isn’t Barrister X saying how pleased he is? It must be because he doesn’t really approve of Y”. That is not fair to Barrister X, nor to client Y. Secondly, it encourages the association of advocates with specific causes – and that is undesirable and will make it harder for us all to persuade people that the cab rank principle is an important part of the profession’s support for the rule of law. Or put another way, commenting on clients’ causes risks prejudicing your independence.

But back briefly to sanctions. The way in which licence applications are being processed has given rise to considerable concern.  We have heard reports of licences being dealt with slowly, so we worked with an MP to table some parliamentary questions about how many applications had been made for licences to permit payment for legal representation, and how quickly they were being dealt with. The utterly unhelpful answers from the Treasury revealed the alarming fact that the Treasury claims that it cannot even answer those questions, because it doesn’t know! We will continue to press for proper answers. It is profoundly unsatisfactory to impose sanctions unless there is an efficiently run and adequately staffed system for dealing with licences.

So, sanctions should make us think hard about our professional duties. We must comply with the law, and we must comply with the cab rank rule even if – in fact especially if – it means acting for clients who are on the wrong side of public opinion. We should continue to deprecate those – however important they might be – who make disparaging comments about lawyers on the basis of the causes they advocate.  But we should also temper the occasional enthusiasm of some of us to comment publicly on the outcomes of our clients’ cases. In all of these ways we can help to maintain our profession’s independence and support the rule of law.