Guest blog: “Forget the guilt and take action” - becoming an anti-racist advocate for the Bar 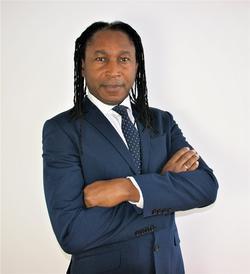 “It’s tiring to always have to push back against the notice that we are lesser; to constantly have to justify our existence, our entitlement to basic civil rights, and the need for equality.”[i]

We have to ask meaningful questions about racism and what it means to lead an anti-racist life.  Our legal system is full of white privilege. But this is not discussed.  Our legal system defended a tyrannical Empire for hundreds of years, in which human trafficking, enslavement, rape and murder of people based on skin colour was lawful and justified. Historically, the Bar is not immune from racism. Black people in the law as clients and professionals are often othered. Alexandra Wilson and Luke McLean[ii] come to mind as recent examples.

Our legal profession, particularly the among senior ranks, lack meaningful racial diversity.  Recent statistics shine a light on the lack of diversity at the Bar[iii] and make uncomfortable reading. There is an under-representation of people of colour in the Commercial bar and other specialist sectors. Why are there more people of colour in less lucrative and/or publicly funded areas such as crime?  And even where we have black talent, what is the excuse for black people on average, and particularly black women earning lower fees than their counterparts? Why is there a gross under-representation of black judges particularly in the senior judiciary?

Everyone knows about overt racism.

‘despite much seeming and some very real progress, public discourse about racism is still as childish and supine as it ever was.  Where we do discuss race in public, we have been trained to see racism – if we see it at all – as an issue of interpersonal morality.  Good people are not racist, only bad people are.  This neat binary is a great way of avoiding any real discussion at all.”[iv]

We need to have a proper and honest discussion about racism. None of us are exempt from its forces. Racism goes beyond individual characteristics.  It is a system, not only an event.

The privileges of whiteness is often taken for granted and not understood by those upon whom it is bestowed.  Examples include:

The antiracist is not afraid to discuss these issues and is aware of tropes or defences like:

“Stop playing the race card” This is saying if you are an ethnic minority and things don't go your way then you are excusing whatever shortcoming you have. But racism is not a card to be played to advantage.

“It’s all in the past get over it.”  But the horrors of the transatlantic slave trade and the millions of people it affected is still very much alive today in the way it has impacted on Black people.

“You have a chip on your shoulder” Why should a person be accused of this because they draw attention obvious inequalities and unfairness that affect an entire race of people. It turns the problem back on the person.

White members of our profession need to become allies and understand that critically questioning the way things currently are is not about them being individually attacked, shamed, accused or judged.  It is a recognition that advantage may well be tied to race and that is systemic.  Forget the guilt and take action. It takes courage to change this system.

Professor Leslie Thomas QC, is a human rights barrister. Former Joint Head of Garden Court Chambers. He is Professor of Law at Gresham College and visiting Professor of Law at Goldsmiths Law School. He sits on the Equality Diversity and Inclusion sub-committee for the Inner Temple and is a member of the Bar Standards Board and also sits on the BSB’s its Race Equality Taskforce.

[i] Elijah Lawal, The Clapback Your Guide to Calling out Racist Stereotypes 2019 p xiii