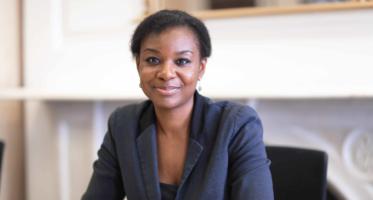 The anti-racism protests in the United Kingdom, held in solidarity with Black Lives Matter (BLM) campaigners in the United States, have attracted tens of thousands of supporters since the beginning of June. Black Protest Legal Support UK (BPLS) was set up by lawyer Ife Thompson in response to the protests being held nationwide. We are a group of over two hundred lawyers and advisers who provide free legal advice and representation to UK Black Lives Matter protesters and activists.

During ordinary times, Black people are disproportionately targeted by policing measures such as stop and search. Last year, the advocacy group, Liberty, analysed Home Office data which revealed that in the year to March 2018, Black people were forty times more likely to be stopped and searched under Section 60 Criminal Justice and Public Order Act 1994. Under s.60, police are authorised to search any person or vehicle for weapons in an area where serious violence is reasonably anticipated. The legislation limits stop and search to a specific time and location, but it does not require officers to have any basis for individual reasonable suspicion. As s.60 powers are increasingly used in the context of mass gatherings, there are legitimate concerns that the problems associated with its use will be exacerbated at BLM protests.

The current Covid-19 pandemic has also thrown into stark relief the ways in which Black people are over-policed. Since the onset of the public health crisis, it was reported to the Commons' Home Affairs Committee that Black, Asian and Minority Ethnic people were at least fifty per cent more likely to receive coronavirus lockdown fines compared to those who are White. This disproportionality is even more alarming following publication of the Crown Prosecution Service data, which showed that scores of people had been wrongly charged and convicted over emergency coronavirus legislation.

With this in mind, one of BPLS's key aims is to attend BLM protests to ensure that Black and other protestors from minority communities are aware of their legal rights. To this end, BPLS trains and co-ordinates independent legal observers on the ground to gather evidence and monitor police conduct. We also produce 'bust cards' for the protestors, which contain a summary of our legal advice, as well as the information of key contacts. Over the weekend of 6-7 June 2020, we had over one hundred legal observers at various locations, including Hyde Park, Parliament Square, Whitehall and the United States Embassy. Our presence proved invaluable in assisting protestors throughout the weekend, especially those who were detained in a kettle (a police containment tactic) for a period of several hours on both evenings.

We also work with specialist solicitors' firms and other stakeholders to inform people of their rights ahead of protests. For example, we have produced specific guidance for protestors who belong to the trans and non-binary communities, and for individuals subject to licence conditions. We are also working towards assisting BLM protestors with any legal issues they face arising from their participation in the protests.

After four consecutive weeks of anti-racism protests in the UK, with more planned this weekend,  BPLS will continue to provide support to protestors on and off the ground. Members of the Bar who are keen to know more about our work, or wish to offer pro bono advice to BLM protestors, should get in touch with us via blackprotestlegal@protonmail.com.