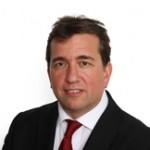 I didn’t go to Oxbridge. In fact, I was the first person in my family to go to any university, although as it was a former polytechnic some people tease me that there has never been anyone in my family to go. The truth is I didn’t even get A levels and I came to the Bar as a mature student in my middle thirties – with no contacts, at the Bar, in law, or anywhere actually.

However, this lack of what some might describe as the typical profile of a would-be barrister didn’t provide me with any obvious barriers – none that I was aware of. Indeed, it was that difference which seemed to be the topic of conversations in interviews for pupillage and which ultimately, I believe, was instrumental in helping me secure pupillage and tenancy and has been the cornerstone of any success I have had since.

Despite this I can’t help but wonder if in reality my age, lack of A levels despite a first class degree, lack of a good red brick university and so forth did in fact prevent me securing other interviews or offers of pupillage. I will never know of course and for me it doesn’t matter. However, for those from non-traditional backgrounds thinking of a career at the Bar, it matters a lot.

Last year about 50 lawyers were appointed to the High Court bench. I read on Twitter that someone had said that there was a good representation from comprehensive school education in the appointments. However, I read another which asked whether it was correct to praise the appointments as indicating progress on social mobility when practically all the appointees had gone to Oxbridge. Indeed, one only has to look at many chambers’ websites to see that often they are populated by those from Oxbridge. That’s not to say that these universities do not produce some of the finest academic students and barristers, but surely it doesn’t necessarily follow that the best barristers will only have gone to these universities and that those that didn’t are not as bright or as able to succeed at the Bar? Does it matter which university you go to? At least one well-known law firm doesn’t think so.

In my opinion, the Bar needs to debate these issues and whether, when recruiting, we are allowing ourselves to select the best applicants as the best potential barristers based on their abilities, rather than on their age, school, university, race, gender or other criteria. There are certain techniques that can be employed to this end. Blind recruiting is a process that allows the recruiter to obscure certain details (the university attended, for example) from the application process, so that the organisation is not influenced by this information and is able to select on other criteria. It has its critics. Some say that it can remove the very information that a recruiter needs to reflect diversity. For example, if an applicant from a disadvantaged background has worked extremely hard to secure a place at Oxbridge and achieved a very good degree, isn’t that something that is relevant and in the applicant’s favour and the very thing that might encourage diversity? Contextual recruiting is another technique. This is the process of examining achievements in the context of the social background of the applicant.

Whatever the process used by chambers, it is important for us all to be aware of any unconscious bias and work towards processes that create a profession which reflects the population it provides services to, is made up of the best barristers based on their skills and potential alone, and is accessible to all that choose to come to the Bar.

Stuart is a barrister and tenant at 6 Pump Court practising in regulatory and public law. He was called to the Bar in 2002 after a career as a police officer. He secured pupillage and tenancy before moving to his current chambers in 2014.