Guest blog: Why the CPS is working with the Bar to make the justice system a more inclusive space 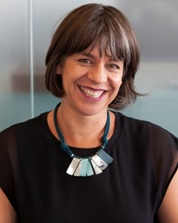 At the Crown Prosecution Service (CPS) we have a strong track record on diversity and inclusion and we’re one of the leading departments in the Civil Service in terms of our diversity profile. This is something we’re incredibly proud of and have worked hard to achieve.

While the importance of diversity isn’t new to us, it’s fair to say that the events of 2020 have shone an even stronger spotlight on it – bringing the issue to the forefront of people’s minds and forcing us all to re-examine whether what we’re doing is enough.

Building a diverse workforce has obvious benefits for the criminal justice system – the communities we serve are more likely to have confidence in our work if they can see themselves reflected in us. But diversity alone isn’t enough, to get the best from our people we need to build a justice system which is inclusive – that means actively creating a space which supports people to bring their full selves to work. An inclusive system gives us wider experience and a broader perspective; all of which helps to ensure we make good quality decisions that are both independent and fair.

As part of our CPS 2025 strategy we’ve committed to ensuring that all parts of our workforce are diverse and inclusive. We recognise, however, that we need to go further than that; extending these principles to how we work with the Bar and those who prosecute on our behalf.  We are one legal community and by supporting talented advocates of all backgrounds, we can better reflect the people we serve while also ensuring the health and vitality of the legal profession.

Over the last few months I’ve been working closely with the CPS-Bar liaison group, attended by senior members of the Bar, to consider and address issues relating to the diversity of our Advocate Panel.

Our first step was to examine the evidence to understand more about the current picture. We looked at the profile of our panel and conducted gender analysis in respect of the application process, career progression and retention. We also looked at fee payment data to better understand the types of case prosecuted by male and female advocates and the extent to which the allocation of cases was proportionate.

There were some positive findings – female panel membership reflects the gender mix at the wider criminal bar and the success rates for male and female panel applicants – both new joiners and upgrades – are consistent with each other.

However, it was clear we have more to do. While our panels reflect the gender balance of the bar, there is a disparity between men and women at senior levels with female barristers also less likely to receive higher fee paying work.

Working together with colleagues at the Bar Council, and groups such as Women in Criminal Law, we’re taking action to address these issues and our new advocacy strategy will place particular emphasis on diversity and inclusion. The strategy is coming soon but I’m pleased to share with you some of the things we’ve already started working on.

Currently, the data we hold on the diversity of our panels is limited. Early next year we’re planning a major exercise to collect more diversity data from our panel members – this will help us to better understand the breakdown across not just gender but also ethnicity and disability. The data we gather will help us to better understand the full picture of diversity across our panel and inform our decisions on how to target action.

We’ve developed a new set of briefing principles which are soon to be published. These support our overriding objective of instructing the right advocate for the right case but also consider our wider duty to build the skills, experience and diversity of the panel by providing greater equality of opportunity when instructing barristers for cases.

We’re also working closely with the Bar to introduce a new Equality and Diversity Statement for the Bar and chambers whose members prosecute on behalf of the CPS. This new statement will clarify what we require and expect from chambers around equal access to, and fair allocation of, CPS work.

Thank you to everyone who has already supported this work.  I look forward to working collaboratively together so that we can not only listen and learn from one another but also champion change across the system.

Rebecca Lawrence is Chief Executive Officer of the Crown Prosecution Service, taking up post in September 2019. Having grown up in West London, Rebecca studied Politics, Philosophy and Economics at Oxford University. She then attended Harvard University to take up the Harlech Scholarship in 1993.

Rebecca has 20 years of experience in senior roles across Whitehall. Having started her career in the banking sector, she joined HM Treasury in 1994. During her time there Rebecca held a variety of roles – leading on subjects including health spending and climate change policy, and becoming Head of Energy, Environment and Agriculture in 2007.

In 2010, Rebecca moved to work in counter-terrorism – first as a Director of the Office of Security and Counter-Terrorism in the Home Office, and later as the Director of Terrorism and Allied Matters for the Association of Chief Police Officers.

Rebecca joined the London Mayor’s Office for Policing and Crime (MOPAC) in 2013, serving first as their Director of Strategy before being appointed Chief Executive in 2016. She was responsible for overseeing the Metropolitan police service, commissioning services to prevent crime, support victims and reduce offending and for leading partnerships to respond to changes in London’s crime, for example setting up London’s first Violence Reduction Unit in 2018 – bringing together specialists from health, police, local government, probation and community organisations to tackle violence crime and its causes.