Guest blog: ‘This is not about us’ - complacency about the Bar’s gender pay gap 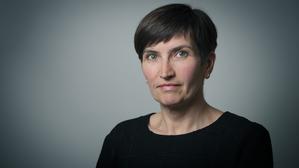 I doubt anyone specialising in complex fraud work, as I have done for more than 20 years, could convincingly portray its balance of male and female counsel as equitable. Early on I was often the sole female junior. I recall only 2 fraud cases in which I was ever led by a woman.

Recently, some of the optics looked brighter: corporates starting to address gender bias in their instruction of counsel and more female fraud silks[1].  This year, nine of the 26 silks in my own chambers were women (almost double the latest Bar average of 16%). In 2020, I took silk despite having three children and taking nearly two years maternity leave during my 13-16 year call bracket.

Here’s the rub: all this good news may have caused me to become a bit complacent. Spurred on by International Women’s Day, I have been looking at the data.

Some female barristers have told me their career has been bias free. That’s great news if it has (although query how one could know) but their view arguably implies that either gender bias at the Bar does not exist or those with sufficient talent enjoy immunity therefrom. Every lawyer wants to believe talent will ensure their own fair progression but individual aspiration and general optics simply don’t tell us the whole story.

Fees data demonstrating the existence of widespread gender bias in counsel instruction is increasingly well documented, impacting the income of women at the top and bottom of the profession [2]. Complex fraud work is particularly affected which matters more widely because it is the most remunerative area of criminal practice.

Don’t take my word for it – read for yourself. The excellent series of articles by HHJ Nott details ‘the shocking discrepancies in pay and access to work’[3]. A recent Bar Standards Board report concludes that even when grouped by main practice area and seniority, female barristers still earn less on average than equivalent male barristers[4].

Some suggest income discrepancies may be largely driven by unconscious  bias[5]. I do occasionally wonder whether in some areas of complex fraud defence work, ‘semi-conscious’ might sometimes be closer to the mark. Either way, unconscious or semi-conscious bias is only less visible, not less potent. Sometimes it peeps over the parapet (perhaps via a ‘girly swot’ type comment) but mostly it is buried behind well intentioned smiles.

If we don’t educate ourselves about and act upon the objective data, the Bar as a whole will be (at best) diminished. Better armed with the facts, I can now take some practical steps:

Will you join with me with your own list? Then tomorrow there’ll be more of us.

All views my own. Thanks to Sarah Taylor-Wilmshurst (pupil barrister at Red Lion Chambers) for her research. Thanks to Susannah Cogman of Herbert Smith Freehills via the Women’s White Collar Defense Association for pointing me to relevant data and Camilla de Silva of Simmons & Simmons for sharing her thoughts.

[1] The Director of the Serious Fraud Office and its General Counsel are also women. See Amanda Pinto QC’s recent article for more on gender disparities in prosecution fee data in fraud cases. https://www.barcouncil.org.uk/resource/levelling-the-playing-field-in-fraud-amanda-pinto-qc-chair-of-the-bar.html

[2] For example, https://www.counselmagazine.co.uk/articles/gender-the-bar-and-fair-access-work-1 and the later parts 2,3 and 4.

[4] https://www.barstandardsboard.org.uk/uploads/assets/1ee64764-cd34-4817-80174ca6304f1ac0/Income-at-the-Bar-by-Gender-and-Ethnicity-Final.pdf. Importantly this report also highlighted disparities based on ethnicity, finding that female BAME barristers are the lowest earning group.

[5] See the articles referenced at footnotes 1 and 3

[7] For example in 2020 https://www.thelawyer.com/uk-litigation-50-the-firms-most-and-least-likely-to-instruct-female-barristers/. Behind a paywall but The Lawyer kindly provided me with a copy despite my lack of subscription. It is also summarised in part 4 of HHJ Nott’s series of articles (footnote 3).

[8] A point already made by others, including the Legal 500. https://www.barcouncil.org.uk/resource/guest-blog-gender-bias-are-you-speaking-the-language-of-the-legal-directories.html