How barristers can make the most of social media 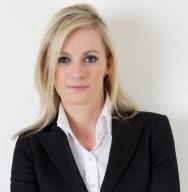 How has the way that barristers use social media changed? What can those aspiring to build a brand on social media learn from those already using it?

I spoke to a handful of barristers who have had success using social media to build their personal brands and although social media and barristers may not seem a natural fit, this combination is beginning to prove profitable for those that have been early on the uptake. Marketing, communications, and public relations is a sphere that moves so fast that barristers looking to raise their profile with the right audiences require a much more targeted and effective approach. Joanna Hardy, barrister at Red Lion Chambers, told me that “Social media has transformed how people communicate. The legal profession should not be left behind and 'legal twitter' is a thriving online community.”

Research shows that barristers’ use of social media varies widely across the sector, from embracing everything, including Instagram and YouTube, to barely maintaining a single platform. When we conduct training with sets, we find that for most, there is still plenty of room for improvement. While it’s true that barristers operate in a unique business environment, lessons can be learned from other sectors and applied to the Bar.

Gerard McDermott QC, a well-known Silk residing at Outer Temple Chambers, approached us 10 years ago with a view to growing his profile online, whilst many were still resisting the move to take themselves online. He told me: “I operated differently from other barristers – I had established my own brand, and wanted to develop it. Melissa said give Twitter a go – I thought that’s not me, and I had no idea about social media, but I took to it quickly. I made friends in the law and realised I was picking up followers. I knew for it to be successful that I needed to enjoy it – and 10 years later I have built not only a profile but also made and developed many friendships and it is, of course, relationships that are at the heart of any successful brand.”

The social media landscape has changed enormously over the last ten years – but there were pioneers at the Bar long before this. Sean Jones, barrister at 11 King’s Bench Walk, reflects: “It began back in 1992 when I bought a creaky dial-up modem and joined CIX. It was a group of online discussion forums covering almost every imaginable topic, populated with very well-informed and very argumentative people. There were “trolls” and there were what we called “flame wars” where members had at each other with the complete abandon that faceless electronic interaction allows.”

He notes that despite this, “for all the shouting there was a real sense of community (you were a “CIxen”) and if you had a question about anything at all, someone with genuine expertise was usually just a referral away. I loved it. So when Twitter came along, I immediately saw it as home.”

From something that was once considered a distraction or a fad, social media is now all pervasive and expected from both consumer and B2B brands – finding a service or product that does not make use of these channels instantly raises questions. The audience will ask, why aren’t they on there – do they have something to hide, or don’t they care about their clients?

To give an idea of its power, there was an outcry on social media in mid-July over three upcoming executions of anti-government protesters in Iran, with the hashtag ‘do not execute’ used by 10 million Twitter users. This led to the authorities allowing defense lawyers to intervene in the case – an unprecedented result.

It’s clear that you need to be on these platforms to have the opportunity to talk to an audience of billions – however, there are a few lessons to take heed of to ensure your efforts are not in vain.

What can younger barristers learn?

Social media represents an enormous opportunity for barristers – not just to attract new clients but to change industry perceptions and carry out in-depth, real-time market research. So, how can you use it to create an advantage?

Joanna points to the news-sharing aspect of the platforms: “I have found there is a real appetite within legal circles for news to be shared, but also a keen interest from the wider public who are often curious about legal issues. Lawyers should, in theory, be very good at communicating in accurate, bitesize chunks as necessitated by the Twitter model.”

Gerard agrees: “I use social media to pick up information about other people’s cases and legal developments, for example around the Jackson reforms, and people helpfully summarising cases in the Supreme Court.”

What are Sean’s top tips? “I wouldn’t be a lawyer if I didn’t say ‘it depends’. What it depends upon is what you want to achieve. Social media’s basic currency is the ‘attention penny’. A Tweet, or Instagram or LinkedIn post invites attention. Getting the attention of others is profile-raising and that can be beneficial for your career. However, there are dangers. You can get a lot of attention very quickly by picking fights or behaving badly. It can be a narrow line between being, say, ‘Twitter famous’ and ‘Twitter notorious’.”

Gerard echoes this, advising, “Be careful what you tweet. Don’t tweet about your cases – let others do that. Don’t get involved with fights and don’t start them. Always remember the mute button – use it more than the block button. If you make a mistake, screenshot it then delete it. Really importantly, don’t tweet when drunk.”

Don’t sell
Sean’s advice: “If you are marketing, you are marketing yourself, so be yourself. No-one wants to read a stream of press releases.” As a general rule, limit your marketing spiel to a third of everything you put out on social media – the rest of the content is the equivalent of making interesting conversation over a glass of wine before handing over your business card in real life. It should be related but not salesy, interesting, and not pushy. Use images (up to nine on LinkedIn and four on Twitter) or video, reply to people who reach out to you, comment on world/industry events and interact with other people’s posts if you want them to do the same to you.

Be generous
“My top tip for any aspiring legal tweeter is to bring your advocacy skills online. Being accurate, fair, persuasive and courteous will almost always get you further than being rude or obstructive,” notes Joanna.

There’s a certain kind of person – I’m sure you can imagine a few – who sits back happy as recommendations from their peers stack up, without feeling the need to reciprocate – even when prompted by the platforms – for example, LinkedIn will encourage you to ‘endorse’ people for their skills. It’s always worth paying that praise back – people notice, and they are as pleased as you are to get an alert saying they’ve been endorsed. Sean agrees, saying “Be generous when you can; not just to colleagues but to competitors and people you may never interact with in real life.”

Try using LinkedIn groups, which offer a simple way to get your voice heard and start building a profile above all other similar users on the network. Choose groups that might be populated by potential clients or users specific to your area of expertise. Share your knowledge, opinions and insights and your brand credibility will soon start to grow. However, it pays to be careful – Gerard notes that “the Bar Standards Board cares what you say – it will take steps if you bring the profession into disrepute.” Sean agrees: “Assume that the BSB is reading all your posts. It is only too easy to end up pursuing attention as the end and not the means to an end. You do not owe anyone an argument.”

If you’re struggling to get heard or seen, try piggybacking on the reputation of others by identifying influencers and commenting on what they are posting. Check out other barristers’ profiles who lead the way and take tips from the sort of content they post. Joanna says, “My main objective – and one close to my heart – has been to demystify the profession for students. When I was 18, the Bar seemed stuffy, closed and difficult to penetrate. I hope that students can find positive opportunities in the online mentoring I am involved with or see the human, modern side to a job that can often be obscured by wigs, gowns and tradition.”

Gerard notes that while “it can generate bad publicity and you have to be careful as you are publishing to the world”, he has made real friends using social media – he gives the example of the Twitter Legal dining club, where he and other Twitter heavy hitters including Sean Jones, Adam Creme and Prof Dominic Regan, who all met on Twitter, now meet regularly in person to have supper at the Hawksmoor (or did before lockdown). Legal Twitter drinks have been organised, where he posted event details on the platform and found plenty of people wanted to come along. Gerard also points to a Twitter quiz which he and the others have been taking part in during the pandemic, run by a former Labour Press Officer, under the moniker @forwardnotback.

So what did these barristers tell me was the secret to being great at social media? There isn’t just one, they said – but being human is a good place to start. Sometimes the best test of what you should or shouldn’t do on social media is whether you’d be comfortable doing it in real life. Whether it’s ignoring someone trying to communicate with you, repeatedly pitching to someone’s face when they’re obviously not interested, or trying to force people to like you, if you wouldn’t want to do it in real life, chances are it won’t work on social media either. As with so much else that’s online, the good manners and etiquette are not so very different to ‘real’ life. My final tip – the one I gave Gerard when he started out – enjoy what you’re doing and pick the platform that suits you. Beyoncé may have 13.7 million Twitter followers but she hasn’t posted since 2013 because Instagram is where she feels at home and she can communicate to her network (her fans) the way she feels most comfortable. So take a note out of Beyonce’s book: find or develop a platform that feels natural and that you enjoy using, and you will reap the rewards with a wider network of relationships whilst growing your brand.

Melissa Davis is CEO of London-based MD Communications, a full service, specialist legal reputation consultancy with a team of 25, spanning several jurisdictions and serving legal clients in most corners of the globe. She's also a member of the advisory board of the IBA Law Firm Management Committee Business Development Working Group (of which she’s a former chair ).