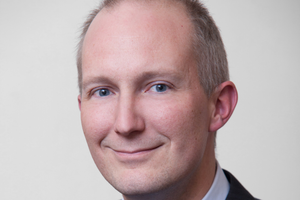 Samuel Townend QC has been elected as next year’s Vice Chair of the Bar Council, which represents all practising barristers in England and Wales.

He said: “After a well-fought contest, I am delighted to have been elected as Vice Chair of the Bar Council for 2023, in what is a challenging time for the Bar on many fronts.”

Mr Townend has been based at Keating Chambers in London since pupillage in 1999 and took silk last year.

He was a member of the Young Barristers’ Committee in the 2000s, before going on to join the LSC. He is also Vice Chair of the Regulatory Review Working Group.

During his recent hustings speech, Mr Townend described himself as having “a widespread and balanced background” as well as “a broad knowledge and understanding of threats, challenges and opportunities presented to all sectors of the Bar”.

Building on the Bar Council’s recent work, he set out his priorities – which include addressing chronic underfunding across jurisdictions and the court estate, promoting diversity, and tackling inadequate and unequal pay.

Mr Townend, from Hackney, also referenced his non-traditional background. He attended state schools and did not have any lawyers in his family.

He said: “A career at the Bar was something I read about or saw fictionalised on screen, rather than born into. I hope it gives me something of an insight into the challenges many from less advantaged backgrounds face when seeking to establish a career at the Bar.”

Mr Townend has been described in the legal directories as being “excellent on his feet” and someone who “conducts himself brilliantly in litigation”. He is also praised for his “first-class mind” (Chambers UK and Legal 500 2021).

The Chair of the Bar Council next year will be Nick Vineall QC, this year’s Vice Chair.