Pupils who do not gain tenancy in the chambers at which they complete their pupillage may be able to apply for a third six (or a “fixed-term period of practise”) at another set. This page features current advertisements from Authorised and Education Training Organisations (AETOs) who are seeking to recruit third six pupils and has been is designed to assist prospective applicants in their search.

Prospective applicants should note that, as per section C1 of the Bar Qualification Manual, “third six pupillages” do not form part of the regulated period of pupillage and the vacancies advertised on this page are not overseen by the Bar Standards Board.

Applications for all vacancies featured on this page should be made direct to the relevant chambers and in their chosen format. 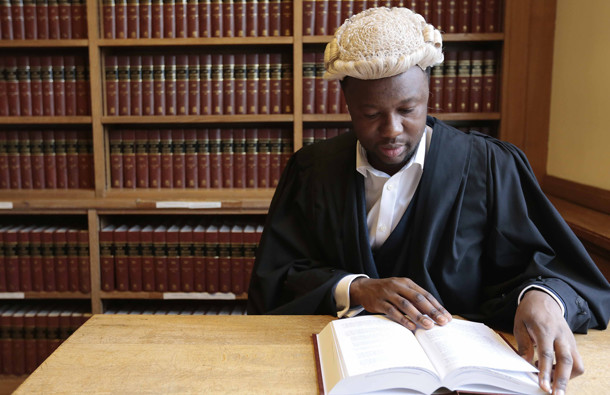 Due to high levels of family work, Atlantic Chambers invites applications for a third six pupil to join our successful and busy Family Practice Group. This would be with a realistic prospect of a tenancy practi c ing within the North West region Applicants must have successfully completed, or be about to complete, their pupillage but who have yet to secure a tenancy.

3TG is a leading Criminal set ranked in both the Legal 500 and Chambers and Partners. We are recruiting 2 ‘probationary tenants’ to join our exceptionally busy criminal practice. In addition to Criminal work probationary tenants may also have opportunity to practice in Extradition and Regulatory work. Probationary tenants should expect to be in Court every day from Monday to Friday and attend Saturday Court on a rota basis.

Thomas More Chambers invites applications for tenancy from pupils who have completed or about to complete their 12-month pupillage. Successful applicants will be able to develop a busy mixed common law practice (including work in the civil, family and criminal fields). Applicants who wish to specialise in criminal work are especially welcome.

We are a law firm (Farore Law), but have Accreditation from the BSB to provide pupillages, under the supervision of Suzanne McKie QC. Our firm is recognised for employment work in Chambers and Partners 2021/2022.

Henderson Chambers is inviting applications for a Third Six. Our Third Sixers have 2 seats of 3 months each and will usually be considered for tenancy towards the end of this period. In normal circumstances pupils are expected to go to Court regularly on their own account.

We are a local common law with 30 members based in South Wales. The vacancy is for primarily criminal practitioners looking to develop practices on the Wales and Chester Circuit. Ideally we would like to recruit 3rd six pupils with some experience in the Crown and Magistrates court both in prosecution and defence – trials, sentences, committals for sentence, breaches etc. Our criminal team has plenty of opportunities.

Due to unprecedented levels of family work, Dere Street Barristers (Newcastle upon Tyne) invites applications for family third six pupils. Dere Street Barristers is a common law set operating from premises in Newcastle and York. Our multi-disciplinary ethos lies at the heart of our success. We are one of the leading sets on the North Eastern Circuit and consistently ranked as a leading set in the legal directories.

2 Bedford Row is a top ranking Criminal Chambers with high levels of work. We are looking for a Third Six Pupil to start immediately with a view to tenancy.

1 Chancery Lane is looking for a probationary tenant who wishes to practice in civil common law. We are a friendly, medium-sized set with specialisms across a range of work, including personal injury, travel law, clinical and professional negligence, public sector liability, police law and property law. Chambers has recruited extensively from probationary tenants in the past.

St Ives is a common law set with particular expertise in family law, housing, business & property, regulatory and criminal law. Our multidisciplinary ethos lies at the heart of our success. We are one of the leading sets of chambers on the Midland Circuit and we have a strong national profile. We are consistently ranked as a leading set in the legal directories.

Due to unprecedented levels of criminal work, 1 Crown Office Row, Brighton invites applications for criminal 3rd six pupils to join our well established and highly reputed Criminal Team. Although the team is relatively small it has for many years been consistently recognised as a leading Criminal set on the South Eastern Circuit in the Legal 500, as have the individual members. Members of Chambers are regularly instructed on high profile and most serious cases both by the CPS and defence firms.

Due to unprecedented levels of both Public and Private law family work, 1 Crown Office Row, Brighton invites applications for family 3rd six pupils to join our well established and highly successful Family Team. We welcome applicants who have completed pupillage (or who will do shortly) and those who are seeking to establish themselves on the South Eastern Circuit.

1 Crown Office Row (Brighton) invite applications for 3rd Six Pupils to join our successful and highly regarded Civil Law Team. Applicants should be able to demonstrate an interest and experience in our core areas of practice, should have completed pupillage (or be about to do so), and should be keen to establish themselves on the South Eastern Circuit.

Five Paper welcomes applications for Third Six pupillage from those with an interest and experience in Social Housing, Landlord & Tenant and Property. The former is an area where Chambers is ranked in both Legal 500 and Chambers & Partners. The successful candidate should expect a busy practice, regularly appearing in the County Court, Tribunal and High Court as well as providing written advice/pleadings from inception.

Outer Temple Chambers is inviting applications for a funded Commercial Chancery third six pupillage with a view to tenancy. Outer Temple Chambers has members ranked by the directories as leaders in Banking & Finance, Financial Services, Commercial Chancery, Commercial Dispute Resolution, Insolvency, Pensions and Professional Negligence. In addition, we are rapidly being recognised as a leading set in the area of Digital Assets and FinTech.

Three Dr Johnson’s Buildings is looking to recruit a Third Six Pupil commencing in Autumn 2021 to meet the demands of an increasing workload in Family Law.

We are currently accepting applications for third six pupils who have an interest and some experience in our core areas of practice. We are looking for up to two third six pupils with a view to offering tenancy/tenancies.

Wilberforce Chambers is inviting applications for funded third six pupillage with a view to a tenancy, to start in or before October 2021

5 Essex Court is a civil law set that specialises in public and administrative law, human rights, public inquiries, information law, employment, regulatory law, personal injury and healthcare. It is widely acknowledged to be one of the leading sets for inquests, public inquiries and police law.

Chambers invites applications from criminal practitioners who have completed pupillage (or who will shortly do so) and seek to establish themselves in practice on the South Eastern Circuit. The successful applicant will work alongside our busy Criminal Team, the members of which prosecute and defend across all levels and hold an excellent reputation for their standards of advocacy and professional service.

Chambers of Gavin Holme (no deadline)

Chambers invites applications for a criminal 3rd six from practitioners who have completed pupillage (or who will shortly do so) and seek to establish themselves in a criminal practice predominantly in London and the South East.

Fraser Chambers invites applications for third-six pupillage from candidates who have completed pupillage and who can demonstrate an interest in defamation and private prosecutions to service our High Net Worth client base. Part of the third six pupillage may involve secondment at a firm of solicitors.

St. Albans Chambers invites applications for one or more Third Six pupils. An offer of a Third Six pupillage would be with a realistic expectation of a tenancy being offered thereafter, providing the pupil proved themselves worthy of a place in Chambers.

Trinity Chambers is a predominantly family set based in Essex, looking to recruit a 3rd six pupil to start as soon as possible. Many of our Family Team are recognised in the Legal 500 with increasing levels of work. We have the largest Family Team in Essex and we have been practising for over 20 years.

Queen Square Chambers is a common law set, with a busy criminal department, based in the heart of Bristol, a city which has recently been voted the best place to live in the UK. We are actively seeking applications from those wishing to pursue a career at the criminal bar.

Erimus Chambers are an established set with members practising throughout London, The South East, The South West and The Midlands.

Third six pupil required for immediate start in the north-west to assist with busy commercial workload. Charterhouse is looking for an enthusiastic junior who has experience of or is keen to learn and commence work in residential landlord and tenant and financial claims.

Jason Elliott Barristers, based in the North East of England, are inviting ongoing applications from practitioners who have already completed pupillage but are yet to secure tenancies.

Two Harcourt Buildings invites applications from pupils who are completing or have already completed pupillage at other leading criminal sets, or those from other fields who can show an interest in pursuing a career in criminal law.

3PB Barristers (3 Paper Buildings) and our thriving and expanding Crime Team are looking to recruit two 3rd Six Pupils to start as soon as possible: with a view to being kept on in a permanent position as members of chambers.

Crucible seek ambitious, hard-working applicants for third six/fixed term tenancy to assist in building their set from the very beginning.

Libertas welcome those who have completed 12 months pupillage to apply for a position with their exciting new chambers. A structure will be in place for progressing from completion of pupillage towards full tenancy.

In accordance with 9 Bedford Row’s ongoing programme of controlled expansion, Chambers are looking to recruit 3rd Six pupils with experience in criminal law.

Forum is a small but growing commercial set keen to continue to grow by recruiting up to two third six pupils who would be exposed to all the areas of banking and finance, professional negligence, insolvency and property litigation

Guildhall Chambers Portsmouth is looking to recruit people to cover a surplus of work (both defence and prosecution) in the magistrates courts, with a view to an immediate start

18 St John Street is a large, Manchester based, multi-practice chambers looking to recruit a probationary common law civil litigation tenant to start as soon as possible, with a view to becoming a permanent tenant

New Street Chambers is a busy family and civil set which has been based in the heart of Leicester's legal quarter for almost a century. Chambers is seeking a third six pupil seeking a pupillage of six months duration with the opportunity to apply for a full tenancy during or at the conclusion of the pupillage

3PB Barristers thriving and expanding Family Team is looking to recruit a third six pupil to start as soon as possible, with a view to being kept on in a permanent position as a member of chambers

3PB Barristers thriving and expanding Crime Team are looking to recruit a third six pupil to start as soon as possible, with a view to being kept on in a permanent position as a member of chambers

Ropewalk Chambers invites applications for one or more third six pupillages from applicants who will uphold chambers' core values of excellence, service and integrity

Drystone Chambers is delighted to announce that, due to surfeit of work, we are inviting applications for an unfunded third six pupillage

Clock Chambers is a busy set of chambers which specialises in criminal and family work, looking for a third six pupil who can commence as soon as practicable with a view to applying for tenancy