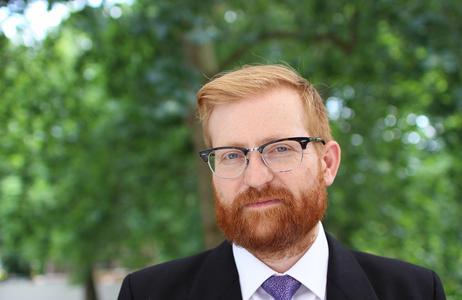 I attended a comprehensive school in a provincial city, which had a fairly challenging catchment area and was among the worst performing schools in England for GCSE results; when it closed a few years after I left, it was fourth from bottom nationwide.  Following A levels, I applied to the University of Cambridge but didn't get accepted.  I was very disappointed and, with hindsight, I probably should have taken a year out to take stock.  Instead, without really thinking it through in any detail, I accepted an offer to go to a Russell Group university on the other side of the country from where I had grown up.  Unfortunately, I didn't like it at all and ended up dropping out.

After that, I worked in record shops for several years before going to Australia for a year, where I worked on farms and in a series of data-entry jobs.  On returning to the UK, I worked for a company that operated various restaurants and music venues in the city where I'd grown up, then moved to London for the sake of having a change.  There were then two key, positive, turning points.  Firstly, I got a job in a City law firm as a legal secretary - back then, there were more support roles in law firms than there were people with good typing speeds to fill them - times have changed since then - I was very lucky to be in the right place at the right time. Secondly, I saw an advert on the tube for Birkbeck College, which is a constituent college of the University of London, where all the teaching is done during the evenings - this enabled me to support myself while having a second go at higher education.  Following a BA in Politics, Philosophy and History, I had by this point become sufficiently interested in law through my day job to start an LLB.  My initial intention was to qualify as a solicitor, but by the time I was nearing the end of my law degree, I had formed the view that the Bar would be more interesting and more suited to my personality.

Most of the obstacles I faced were self-imposed - see above!  It may sound silly, but superficial things like what is and isn't an acceptable suit/tie/pair of shoes - I had no idea at the start. I am convinced that it took a lot longer to get pupillage than it might have done because of a lack of poise/polish/grooming.

I have been incredibly lucky to have been supported by a very loyal group of lawyers who I met at the law firm where I worked while I was studying, who encouraged me during the course of my studies and continued to do so during my early years at the Bar.  That process continues - for example, I am arguing an appeal in a bankruptcy matter next Tuesday, instructed by a solicitor I met on my very first day working in the law.  I also would not be a barrister now without the existence of Birkbeck College, which enabled me to study for years while working during the day.  Without a full scholarship from Lincoln's Inn, I would have had to think twice about the BVC (as the BPTC then was).

Being a barrister has exceeded my expectations in every respect: professional, intellectual, social, financial.  It seems uniquely well-suited to my lifestyle and personality.  I can't imagine doing anything else - or being able to do anything else.

How do you use your experience of coming to the Bar from a non-traditional background, to support those seeking to do the same, and/or why is it important for barristers to contribute in this way?

I am involved in various outreach projects involving the school that now stands on the site formerly occupied by the school I attended.  I was back there a couple of weeks ago - the students are exactly the same - I saw people who are the children/nephews/nieces of people I went to school with!  I have also taught (equity & trusts) at Birkbeck part-time for the last ten years; most of the students there are from non-traditional backgrounds.  I also mentor several former students who I have taught at Birkbeck.

I think everything now is hugely more difficult for young people than it was for me.  I was right at the end of the days of free university education.  During my unsuccessful attempt to go to university when I was 18, I even got a maintenance grant!  Almost unimaginable today - it seems like a different era.  That said, those challenges are the same across the board now.  The Bar itself is a noticeably different place than it was when I started.  There is a genuine appetite to widen access.  It really is genuine, and not just window-dressing.

What advice would you give someone from a non-traditional background, seeking to succeed at the Bar?

Trite I know, but (1) work hard; and (2) be lucky.  You can't always have complete control over (2), but you can maximise your opportunities by doing lots of (1).